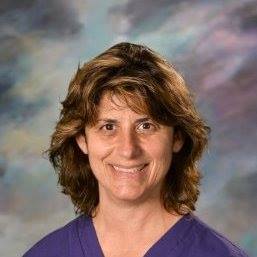 Dr. Maria Di Gregorio is a native of Upstate New York, where ( contrary to popular belief) every pick up truck has a cowboy in the cab and an Aussie in the bed. A graduate of Cornell University’s Animal Science program and Oklahoma State University’s Veterinary School Dr. Maria obtained a Master of Arts in Teaching, also from Cornell University. After purchasing Cleveland Veterinary Clinic in Cleveland, OK in  1995, she bought Baker Animal Clinic from Dr. James Baker in Stillwater, OK in 1999.  Dr. Di Gregorio continues to own and operate both clinics. She is married to Dr. Joseph McCann PhD., an endocrinology consultant and professor at the OSU veterinary school.  Dr. Di Gregorio believes in preventive care for her patients and keeping the owners involved and proactive in their pet’s health. She and Joseph have one married daughter who has blessed them with a rambunctious grandson and a second daughter pursuing her education in veterinary medicine 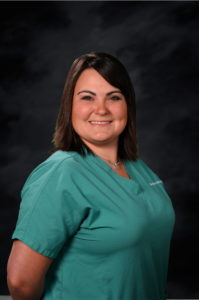 Dr. Heather Crawford grew up in a small community in northeastern Oklahoma where she developed a love of caring for animals. She attended Oklahoma State University, earning her Bachelor’s in Animal Science degree in 2008. She attained her Doctor of Veterinary Medicine degree from her alma mater in 2012. She practiced in a small animal clinic in Oklahoma City for 2 years before joining Baker Animal Clinic in 2014. Dr. Crawford loves practicing high quality medicine in the friendly, small town atmosphere of Stillwater. During her free time she enjoys spending time outdoors with her 3 dogs and horse.

Kristina has been with BAC since August 2010. She enjoys her role as Office Manager and looks forward to the daily interaction with owners and their pets. She loves to garden, read, and spend time with her husband Bert, two dogs Blue and Scooter, and her two cats, Jasmine and Shortbus.